HOT TEA DAY and FIRST READ OF THE NEW YEAR

Today is National Hot Tea Day and naturally, I want to celebrate that!  In fact, January is Hot Tea Month. Yippie!!  Here’s a 30-second video I made in the garden to mark the occasion. 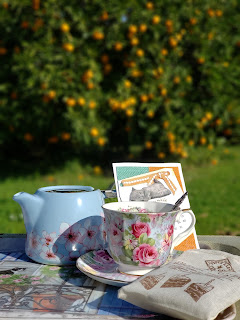 Today I'm sharing this lovely wee floral pot, handmade birthday card & Piper and Leaf Artisan Tea Co. Old Fashioned Birthday Cake tea (caffeinated black tea blend featuring Ceylon tea, lavender flowers, bergamot which, luckily I don’t notice since I usually do not like it, vanilla, & cornflowers) gifted to me by my sweet & generous friend Cindy. The tea is not too strong and the vanilla is the star I believe. It is a mild day here in sunny So Cal with gentle breezes and blue skies in the mid-60s. I hope you take the time to celebrate too! You are worth it! 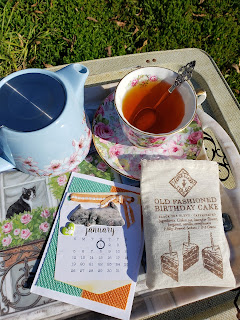 In 2019 I exceeded my goal and read 63 books according to GoodReads!  Now for my first read this year! 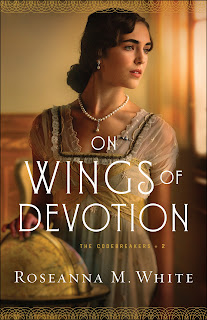 ***RIVETING – AN EXCELLENT 1ST READ FOR 2020 ***
Roseanna White weaves a wonderful tale and starting one of her novels is always dangerous for me as all other responsibilities fly out the window!  I absolutely loved this story (naturally!).  The characters are relatable while the story is exciting.  I loved revisiting Room 40 where the codebreakers work hard to transcribe enemy messages.  The romance between the main characters is one neither had expected and I enjoyed the way it grew, almost out of necessity, but with the Lord’s hand clearly upon it.

London 1918, WWI
Major Phillip Camden returns from book 1 brooding as ever, as he awaits his fate.  Currently, he has joined Room 40 and the codebreakers as his friend Drake Elton has put in a good word for him.  But he knows justice will catch up to him and it’s only a matter of time until he faces a firing squad. He carries his wing-pin always in his pocket as a reminder of who he’d once been and his lost brothers.


Arabelle Denler is a nurse at Charing Cross Hospital.  She joins the other nurses on break to stare out the window daily at the handsome, mysterious man the papers have dubbed “Black Heart”; the man responsible for the deaths of his entire squadron of RFC pilots.  She has no business mooning at strangers when she has a fiancé, but the Lord was calling her to pray for him again like she had been for months now.  Besides, no man like him would never be interested in a plain-Jane like her.


Diellza is a harsh reminder of Phillip’s past and not all that she seems.  She adds a twisting layer to the story as the war rages on.

Again, I would add, that we are not dragged through the gruesomeness of war which I very much appreciate. I am looking forward to Zivon Marin & Lily Blackwell’s future story.

I was gifted an advance copy of the book from the publishers. It is my privilege to share my honest opinion without expectation or compensation. (5 stars)

About the Book: Against Every Warning, She’s Drawn Ever Closer to the Man Known as “Black Heart”. All of England thinks Major Phillip Camden a monster – a man who deliberately caused the deaths of his squadron. But he would have preferred to die that day with his men rather than be recruited to the Admiralty’s codebreaking division. The threats he receives daily are no great surprise and, in his opinion, well deserved.
As nurse Arabelle Denler observes the so-dubbed “Black Heart,” she sees something far different: a hurting man desperate for mercy. And when their families and paths twist together unexpectedly, she realizes she has a role to play in his healing – and some of her own to do as well.
With Camden’s court-martial looming, an old acquaintance shows up, intent on using him in a plot that sends the codebreakers of Room 40 into a frenzy. With their fragile hopes for the future in the cross hairs, Arabelle and Camden must hold on to hope–and to each other–if they want to survive.
-Bethany House Publishers

AUTHOR BIO: Roseanna M. White is a bestselling, Christy Award-nominated author who has long claimed that words are the air she breathes. When not writing fiction, she’s homeschooling her two kids, editing, designing book covers, and pretending her house will clean itself. Roseanna is the author of a slew of historical novels that span several continents and thousands of years. Spies and war and mayhem always seem to find their way into her books…to offset her real life, which is blessedly ordinary. You can learn more about her and her stories at www.RoseannaMWhite.com.

Posted by Blue Jeans And Teacups at 3:33 PM 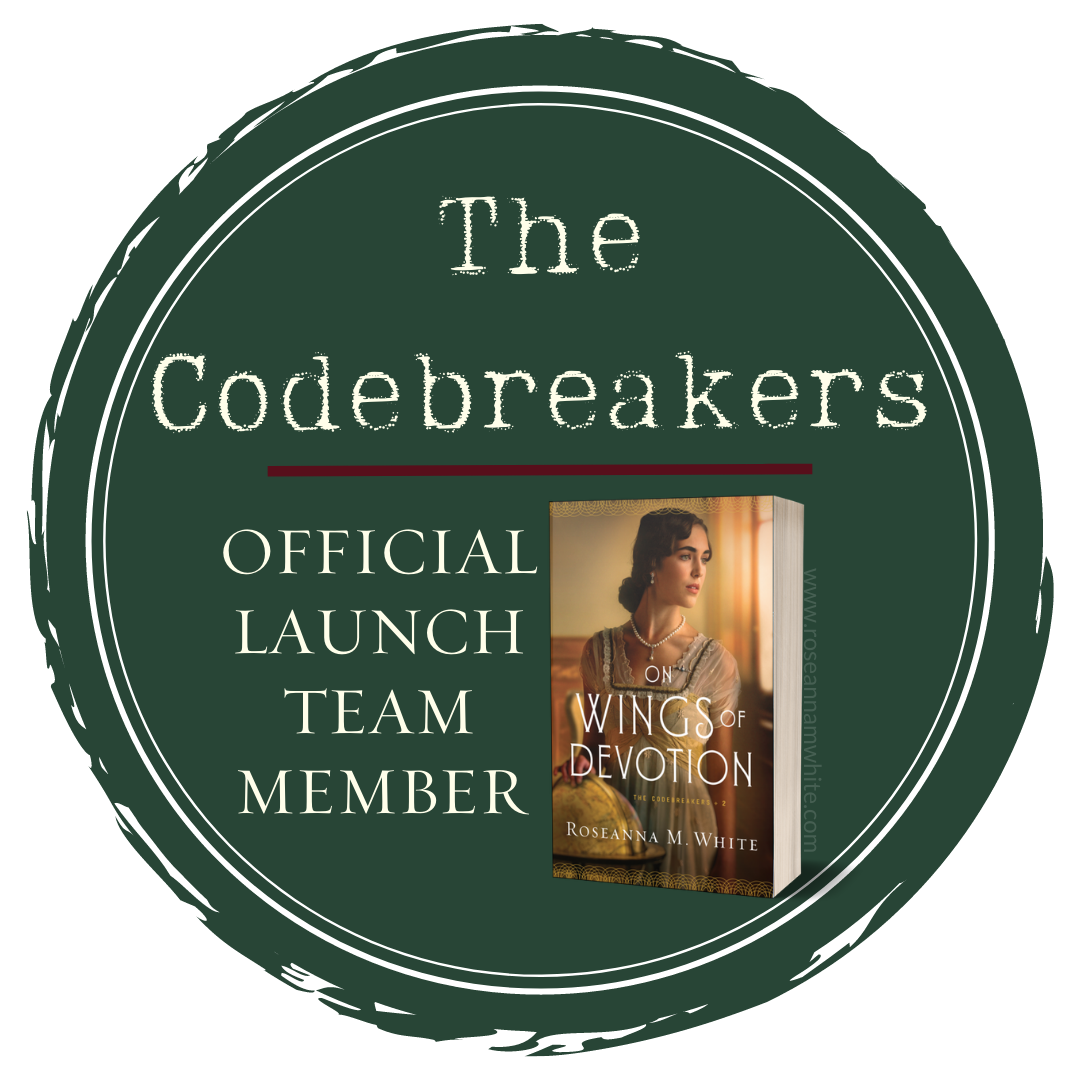